Royal Caribbean International has repatriatedabout 40,000 crew, which is approximately 95% of its crew aboard.

The company had taken crew home via its own ships or chartered aircraft. By 15th July 2020, the company expects to have 97% of its crew home. 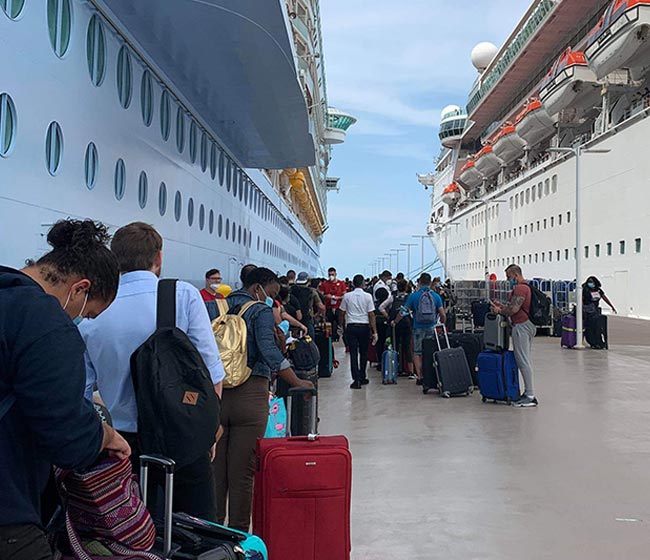 That would leave Royal Caribbean with around 1,200 crew board its 26 ships, which works out to an average of 46 crew per ship.

A cold lay-up scenario for a modern cruise ship needs roughly 40 crew aboard to maintain and run necessary equipment.