Royal Caribbean has reported another year of revenue and income growth in 2019 – its 11th consecutive year of yield growth, which was attributed partially to new hardware, onboard revenue and cost control.

Royal Caribbean Cruises Chairman and CEO Richard Fain said the company will get there by focusing on what he called the three Ps, that is, people, profit and (the) planet. The model is based on moderate yield growth, cost control and continuing to invest in the business.

The goal will also be to reduce its carbon footprint by another 25% on top of what it has already achieved and exceed the 2030 target set by the IMO.

Despite the growth, Royal Caribbean has had to overcome several disasters in recent times including: 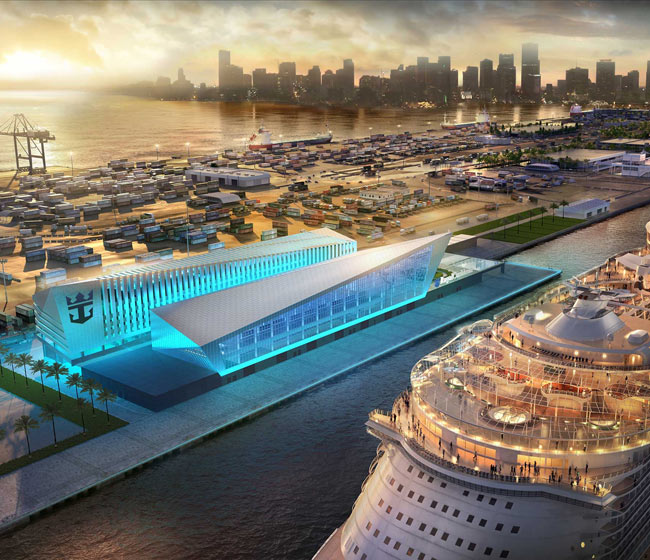 What does 2020 hold for Royal Caribbean?

Since the start of 2020, while forecasting another record year, the Royal Caribbean brand has so far had to cancel eight cruises of the Spectrum of the Seas sailing out of China because of the coronavirus situation. They, like the rest of the world, are waiting to see how the situation will play out.

China represents 6% of the company’s capacity in 2020, according to Fain, Australia 7%, and the Asia-Pacific region as a whole 17%.

Royal Caribbean is also looking forward to introducing four new ships this year: the Celebrity Apex, the Silver Moon, the Silver Origin and the Odyssey of the Seas.

With 60% of its cruise capacity in North America, Fain said the market continues to be as strong as ever, and the Caribbean is shaping up have its best season ever with half of the brands’ overall deployment. Alaska, with 5% of the cruise capacity, is also said to be ‘coming along nicely’.

Last year saw the introduction of the Spectrum of the Seas (in China), the Celebrity Flora and Mein Schiff 5, as well as the introduction of Perfect Day at CocoCay, the modernisation of six ships, the launching of a new cruise terminal in Miami, and the consolidation of Silversea within the Royal Caribbean organisation.

Referring again to the 20 by 25 program, Fain said that setting long-term goals motivates employees and will increase their engagement, driving the company forwards towards those goals. They achieved record employee engagement in 2019 and then plan to aim for that again in 2020.