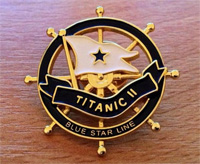 Have you ever dreamed of being Leonardo DiCaprio or Kate Winslet standing on the bow of the Titanic looking out at the ocean? The dream could soon become a reality as there are plans for an ocean liner called the Titanic II to be built and ready to set sail for passengers to travel on in 2016.

Australian born billionaire Clive Palmer has announced at a unveiling in New York that his flagship cruise company Blue Star Line will begin working on the ship in March 2014 to be completed by 2016, 104 years after the original voyage, and the ship will set sail from Southampton to New York within the same year.

Whereas the original was built by the famous Harland and Wolff shipyard in Belfast, in a sign of how times have changed the Titanic II will be constructed by state-owned Chinese company CSC Jinling Shipyard. 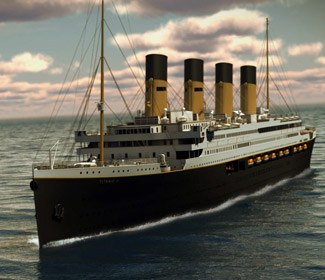 The ship is being designed to be as similar, both internally and externally as the original Titanic ship, but obviously modern safety regulations and economic considerations will now have to be taken into consideration. The design teams are using the original Titanic drawings to help re-create an authentic look and feel to the ship. Plans show a layout broadly similar to the original, but with the third-class cabins modernised, and consideration being given to en-suite cabins throughout the ship. Also the room freed up by eliminating the steam boilers of the original ship will be used for crew quarters and various services. There will also be a safety deck (with more lifeboats obviously), a new high-tech engine, air-conditioning and service lifts.

There will be an on-board gymnasium which will be completed in Edwardian system machines, a smoking room, Café Parisien along with reading and writing rooms. There are also plans for a swimming pool and Moorish-influenced Turkish baths again in the same design as the original ship, and the world famous grand staircase along with glass chandeliers will also be on-board for guests to admire.

Passengers can also enjoy the 'true 1912 experience' and leave the modern day technology behind as there will be no televisions or state-of-the-art music systems on board, nor internet connections or mobile phones. Each cabins wardrobe will be filled with period costumes so that the guests can also join in at themed nights on-board.

As with the original ship, there will be First, Second and Third Class cabins and passengers will not be allowed to mingle – apart from on the safety deck, where there will be a casino and theatre.

Passengers will be able to buy a six-day ticket for one class, or a mixed ticket covering two days in each section. Prices have not been set yet although Palmer says he has already had offers from 16 people of between £500,000 and £850,000 (GBP) for berths but has stated that this is nowhere near the prices that would be charged.

Palmer also has said that he is very pleased to have had over 40,000 people express an interest on the internet alone which shows that there is a market out there for people wanting to re-live this magical experience and spend time on-board a ship of this grandeur and class.

The ship will carry 2,435 passengers and so will be asking for 900 plus crew members to service the guests 24/7 so keep checking the website for any potential jobs that may allow you to work on this fantastic vessel.